Why are European Cars Expensive to Maintain?

European car mechanic Northern Beaches. GDL Automotive Services is your one-stop shop for all European vehicles. With staff members having comprehensive training on models such as Volvo and Land Rover to name a few. Book your car in for service today by clicking here and let us come to you at home or work, pick the car up and return it to you at the end of the day.
Why are European Vehicles More expensive to maintain?
Two reasons: Lower quality parts and more moving parts.
The European manufacturers have maximised their profit by producing components from cheaper yet lower quality parts. Plastics and metals of lower quality obviously cost less, reducing the overall costs of making a car. The trade-off for this is the longevity of these parts is greatly reduced. European manufacturers use a lot of plastic where Japanese and Koreans use alloy. We have covered this in depth in this article here.
The Problem with European cars.
The second reason is the European vehicles have more moving parts, more accessories and more features. This in turn means more things that can go wrong, more broken parts and an inflated parts invoice at service time. 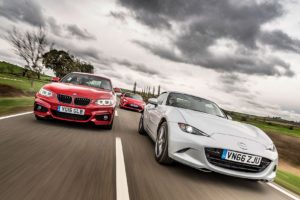 Japanese cars on the other hand, when they were created struggled for marketshare. While the west, where cars were designed and sold had a good hold over the market in the 70s, the average Sunday routine for a car owner would be to take his car to a neighbourhood garage, where the likes of Chevrolet, Ford and Chrysler would have a mechanic who would check the oil pressure, brakes, cooling mechanism etc. etc.

The sales pitch that Toyota came up with to attempt to combat this, was you don’t need to service the car for thousands of kilometres. And that is because they didn’t want to struggle with the idea of having to establish a service network that their competition already had in place.

A source of unknown credibility states “The Toyota Corolla’s engine holds the record for least number of moving parts – which means, it can go on and on and on and on for almost a million kilometres before requiring overhaul.”

Toyota stole market share from the biggies on the bargain of being fuel-efficient, smaller and easier to park and lower costs of maintenance. Honda came later with more powerful engines. The Honda Accord holds records for great reliability, almost zero engine failure during use life.

The Europeans fought back with luxury, comfort, high-speed stability, features and gadgets, safety etc. They chose to move towards a customer who was willing to pay more for these attributes rather than go for overall lower cost of ownership and use.

One US University professor talks about the Mercedes Benz S Class as a car in which you will not feel an accident happen in the backseat if it crashes into a wall at 60kph. Granted said professor is no mechanic or engineer and this statement may be a long stretch, but there has to be a level of accuracy to it if he is willing to publish this statement. Regardless one can not argue that the European manufacturers have mechanisms that are taking the feel of the road away inside a Mercedes vehicle, to offer greater comfort to the passenger.

All such mechanisms are complex and require more maintenance than a Japanese car, which is essentially an engine strapped to a chassis with seats bolted on, and wheels snapped along.

For reasons like these, the maintenance of European vehicles will always be greater that that of Korean or Japanese vehicles.

All Posts
PrevPreviousVolvo XC90 Vehicle Review
NextWhat’s the difference between a Mechanic and a Mechanical Engineer?Next

Would You Like To Speak With The GDL Team?

Simply choose the option below that suits you best.

Enter your name and mobile below and one of our team will call you within 15 minutes!*