Australian Taxpayers To Fund $15 Billion In BMWs For MPs

With the closure of the last of Australian vehicle manufacturers in recent years companies are now forced to look else where for their fleets. Not excluded from this issue is the federal government. Currently the fleet of vehicles used to ship MP’s judges and other important, mildly overweight governing officials and dignities around is the Holden Caprice.  The Current fleet is said to be due for replacement in 2019 after a representative from he finance department stated “the current fleet is been maintained and extended to their full life”. Once they expire the lack of local made vehicles forces the finance department to source these vehicles else where.
Currently seven manufacturers are on the table for consideration including but not limited to BMW, Mercedes Benz, Hyundai and Toyota.
The Labour government is pushing for the winner of this tender to be a company that is currently undertaking R&D within Australia.

It comes as no real surprise that BMW is one of the preferred options. Badge Bias has to be a factor considered here.
However the finance representative felt that buying expense luxury vehicles had to be justified in some way so this is the official statement coming from them.

“These vehicles were selected due to meeting a number of key criteria, including whole-of-life costs, overall value for money, fit for purpose, protocol and environmental considerations.”
One argument put for the the German manufacturer to win the tender is that BMW is already the preferred vehicle of choice as they are already the suppliers of the Commonwealths current armoured Vehicles. These vehicles are used to transport VIPs both our local high ranking politicians and foreign dignitaries when visiting our nation. 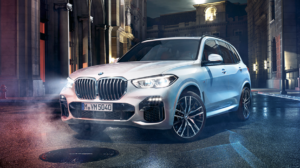 The ABC was told “luxury” vehicles that retail for about $100,000 including the BMW 5 series (520d and 530d), as well as the Mercedes E220 are likely to be among the models strongly favoured by the Commonwealth. Off the back of this Tender coming out, labours industry spokesman took it as a opportunity to highlight the death of the automotive manufacturing within Australia.
Labor’s Industry spokesman Kim Carr said the Commonwealth’s impending purchase of new imported vehicles highlights the regrettable death of Australia’s car manufacturing industry.
“It’s a tragedy and it highlights yet again the foolhardy decision that this Government made to undermine, destroy our vehicle assembly in Australia,” Senator Carr said.
A few key questions arise off the back of that announcement. Firstly Who’s paying luxury vehicle tax for these vehicles closely followed by whats wrong with the Hyundai or the Toyota at roughly half the cost?
The only really sensible thing any politician has said about the whole thing is the following sentence that Senator Carr stated when discussing the possible contenders for the new fleet.
“The Commonwealth could lead the way in being able to use its purchasing power in such a way as to attract new investment to the Australian automotive industry.”
The exact number of vehicles within the fleet due for replacement in 2019 is not known and not surprisingly that information is no where to be found, however according to governmentnews.com.au NSW alone has an excess of 25,000 vehicles due for replacement in 2019. Some very loose math and assumptions could assume similar numbers for all other states suggesting this number could very easily exceed 150,000 vehicles. With a price tag of a possible $100,000 per vehicle the Austrian taxpayer is looking to fork out upwards of $15,000,000,000. (thats $15 billion) in fancy BMWS for our MPs.

All Posts
PrevPreviousHow To Save $1000 A Year On Vehicle Expenses.
NextStop cutting corners on your brakes!Next

Would You Like To Speak With The GDL Team?

Simply choose the option below that suits you best.

Enter your name and mobile below and one of our team will call you within 15 minutes!*